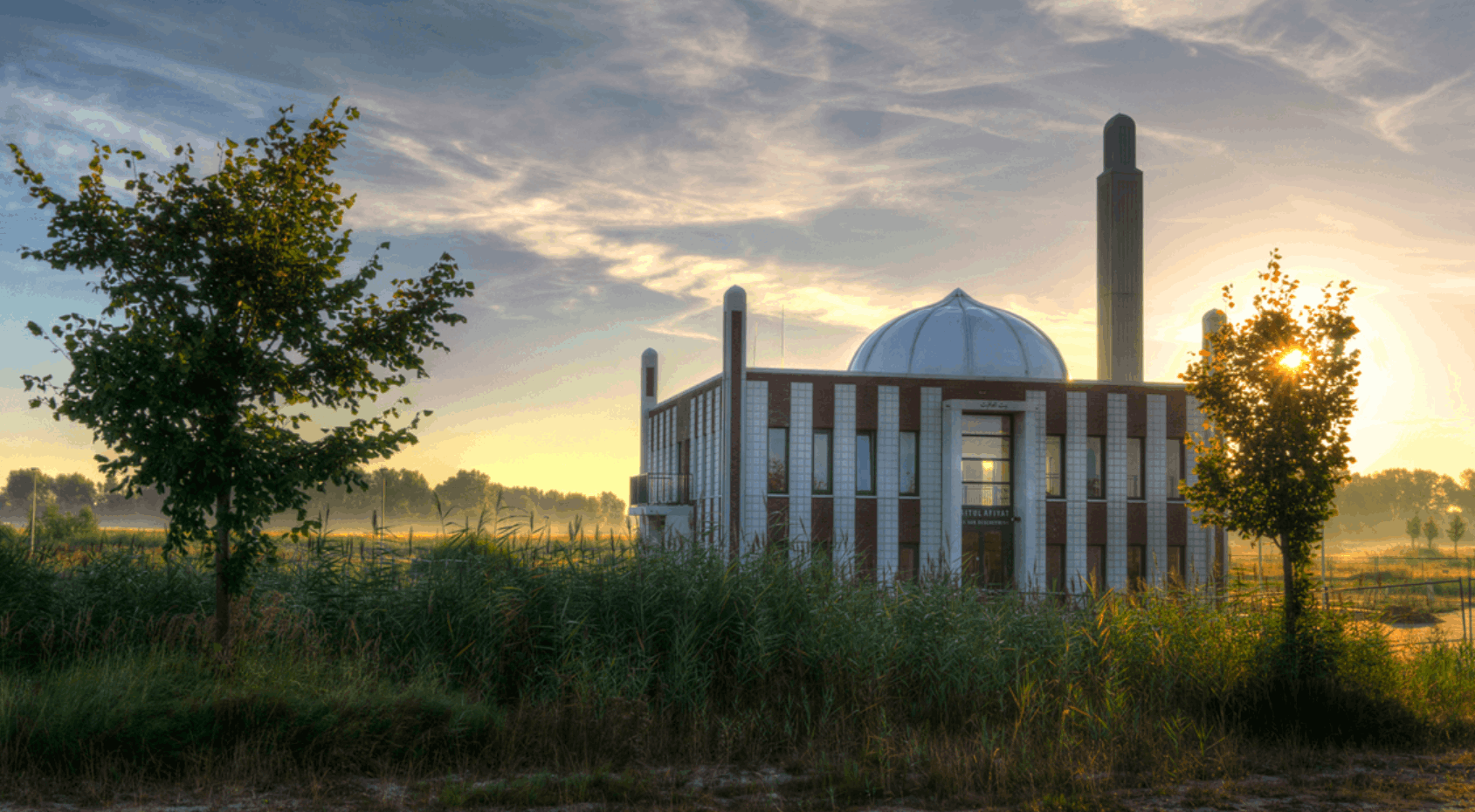 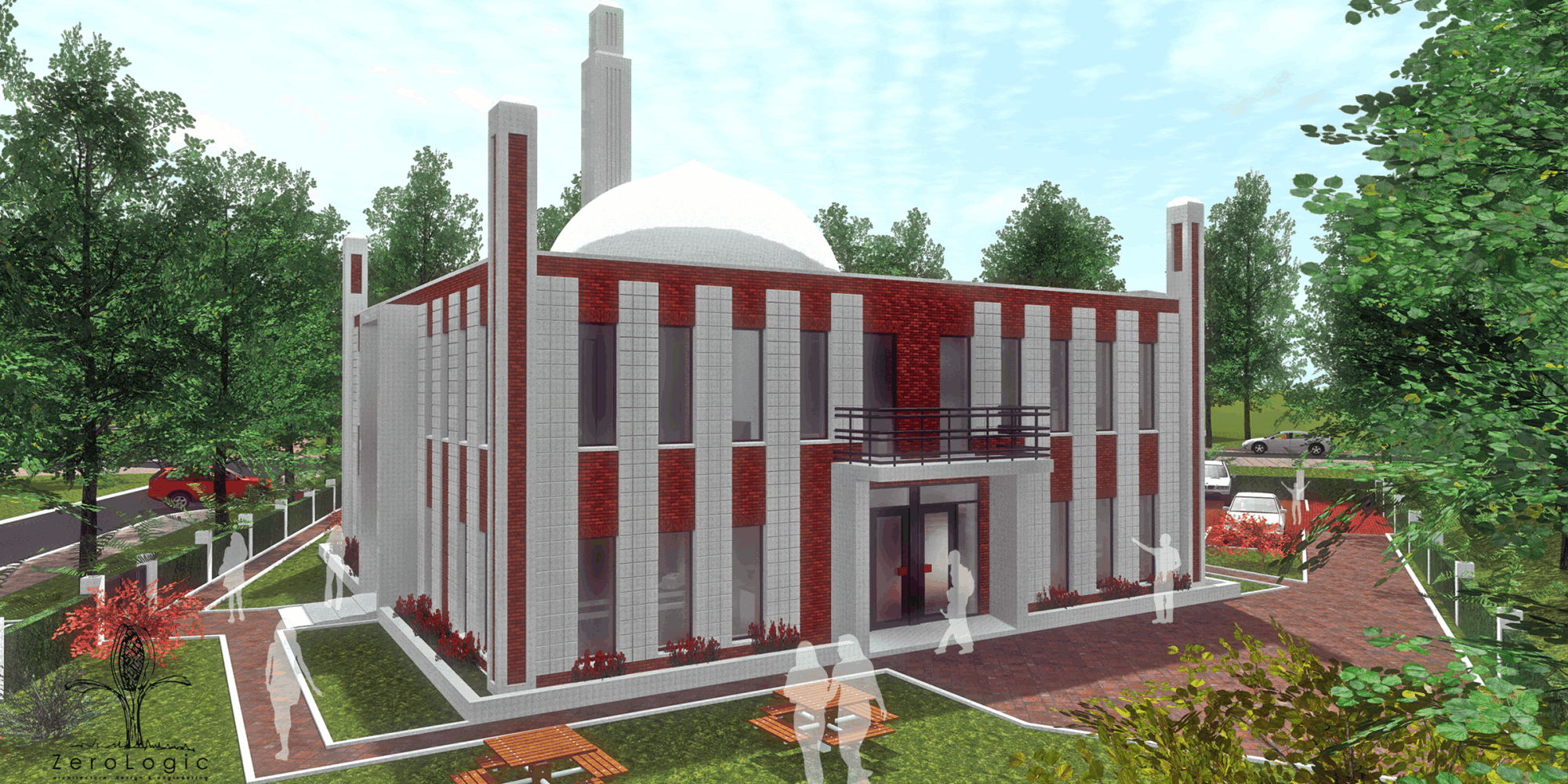 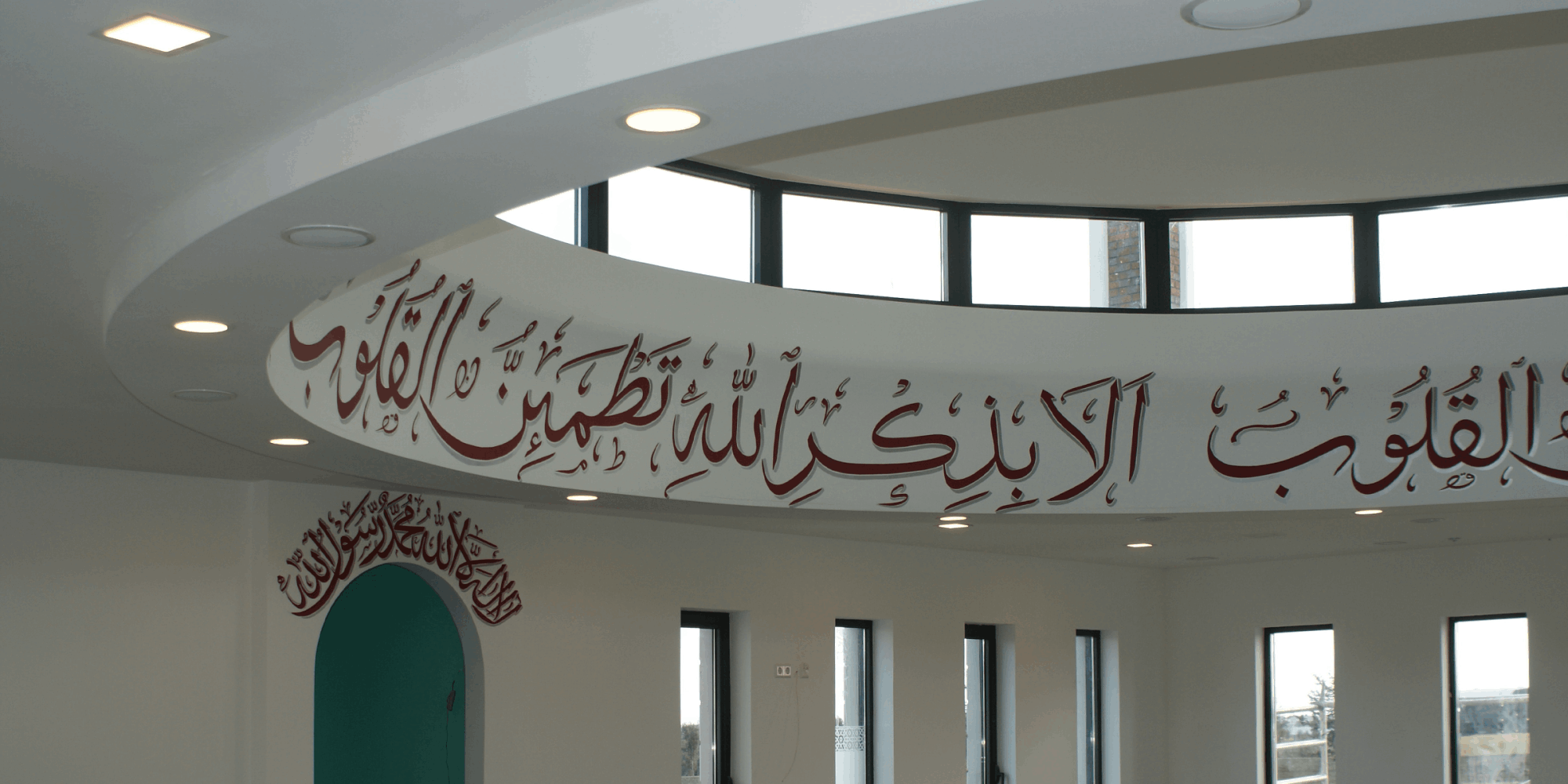 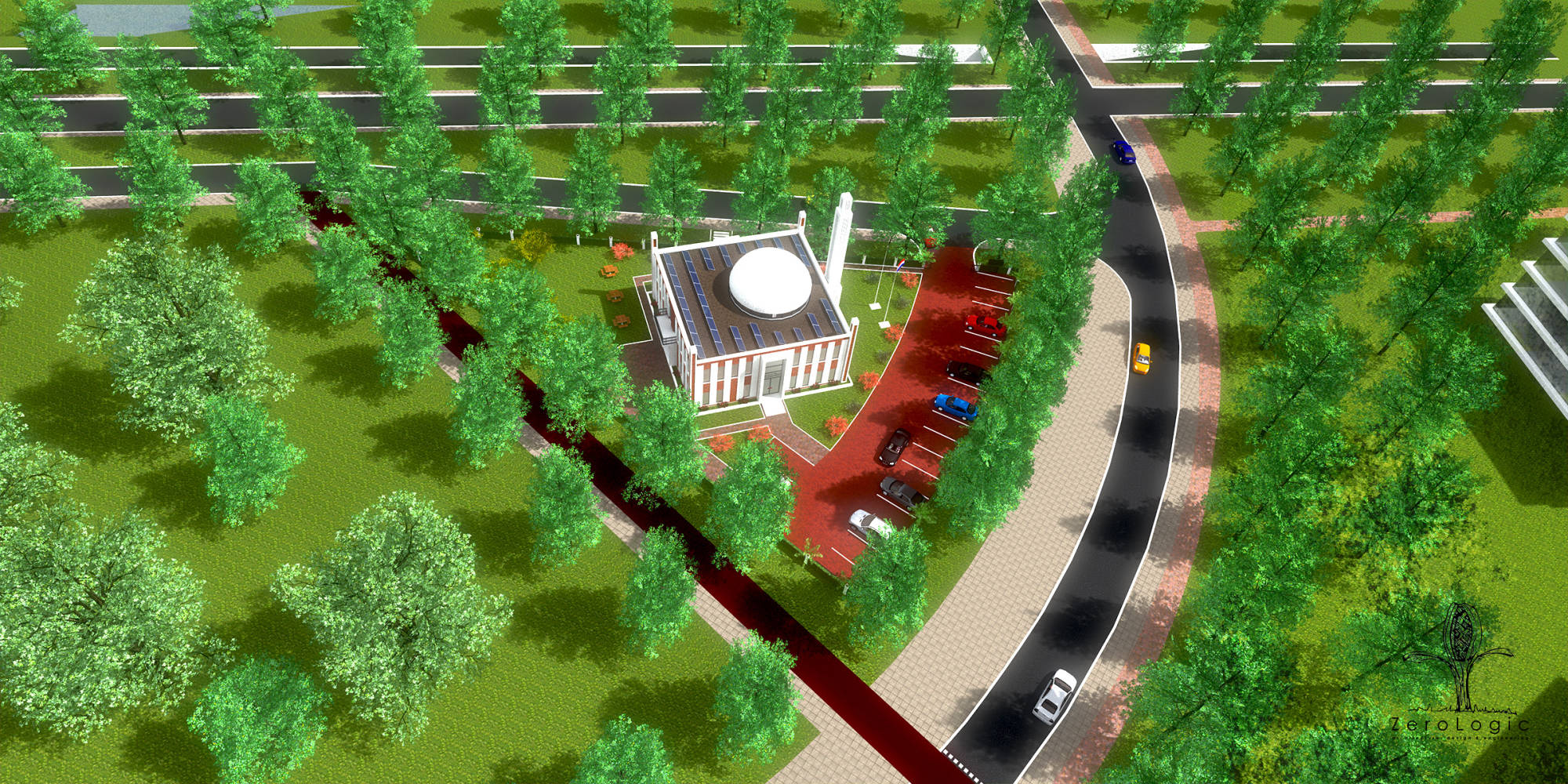 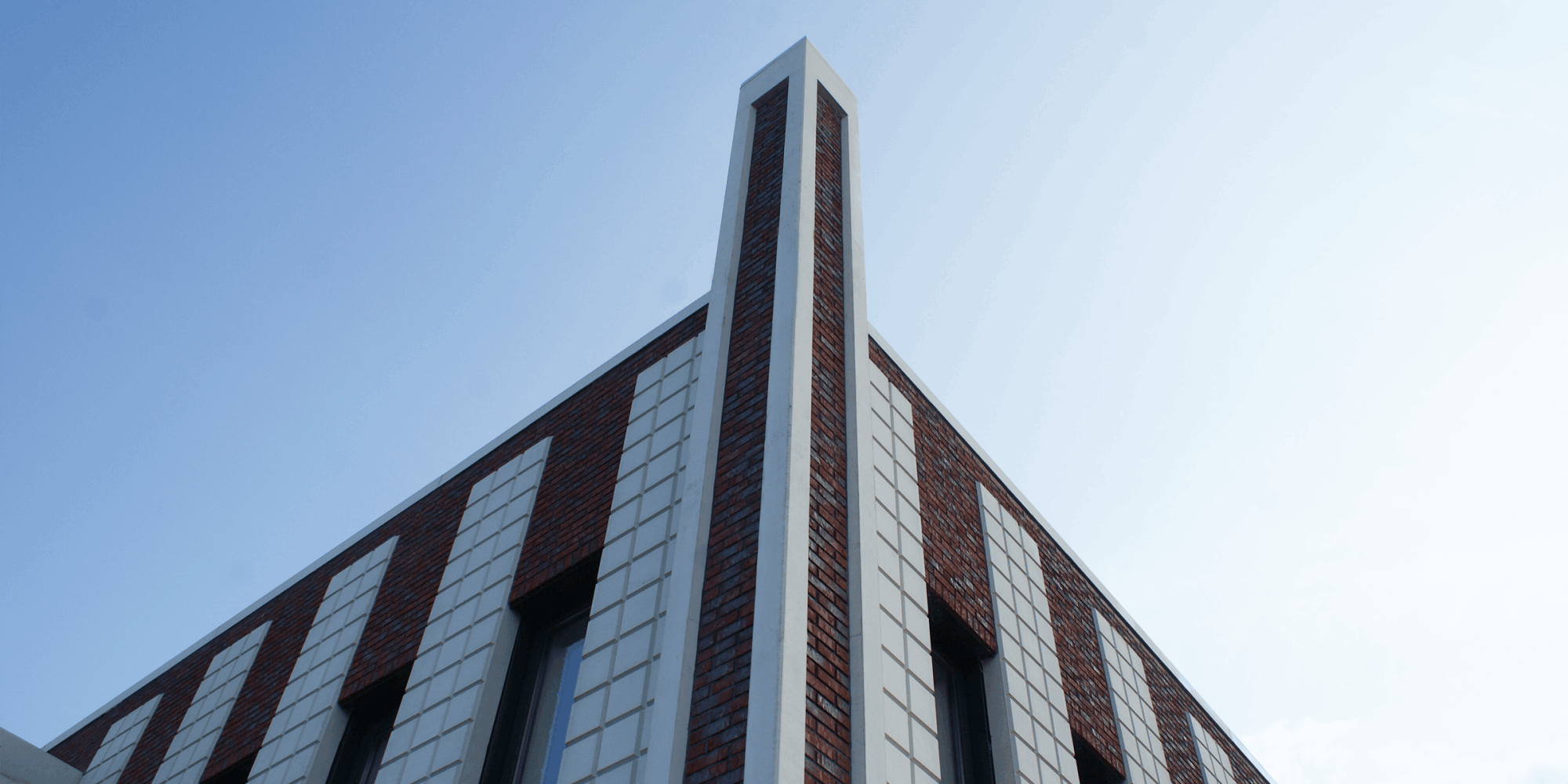 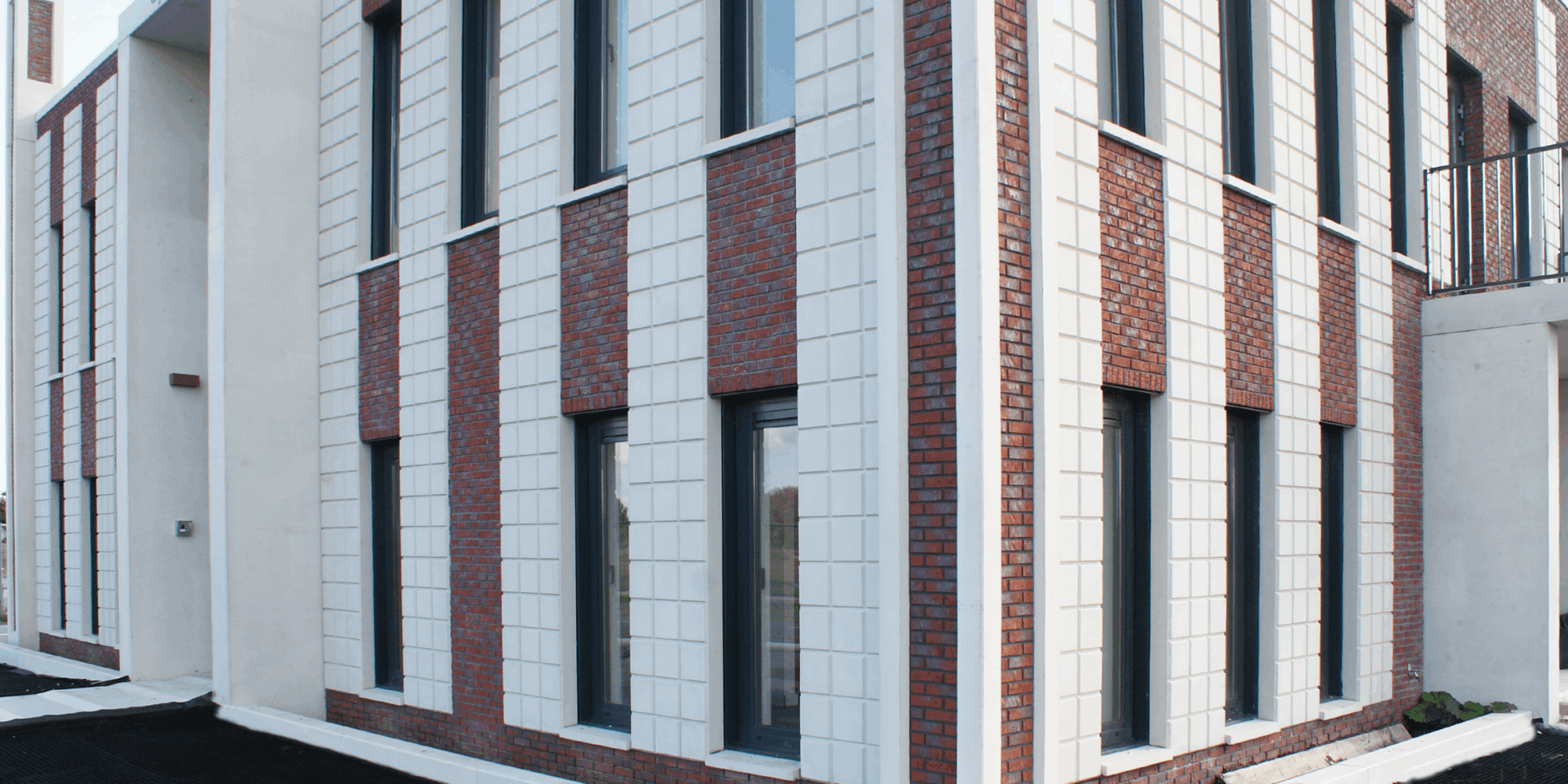 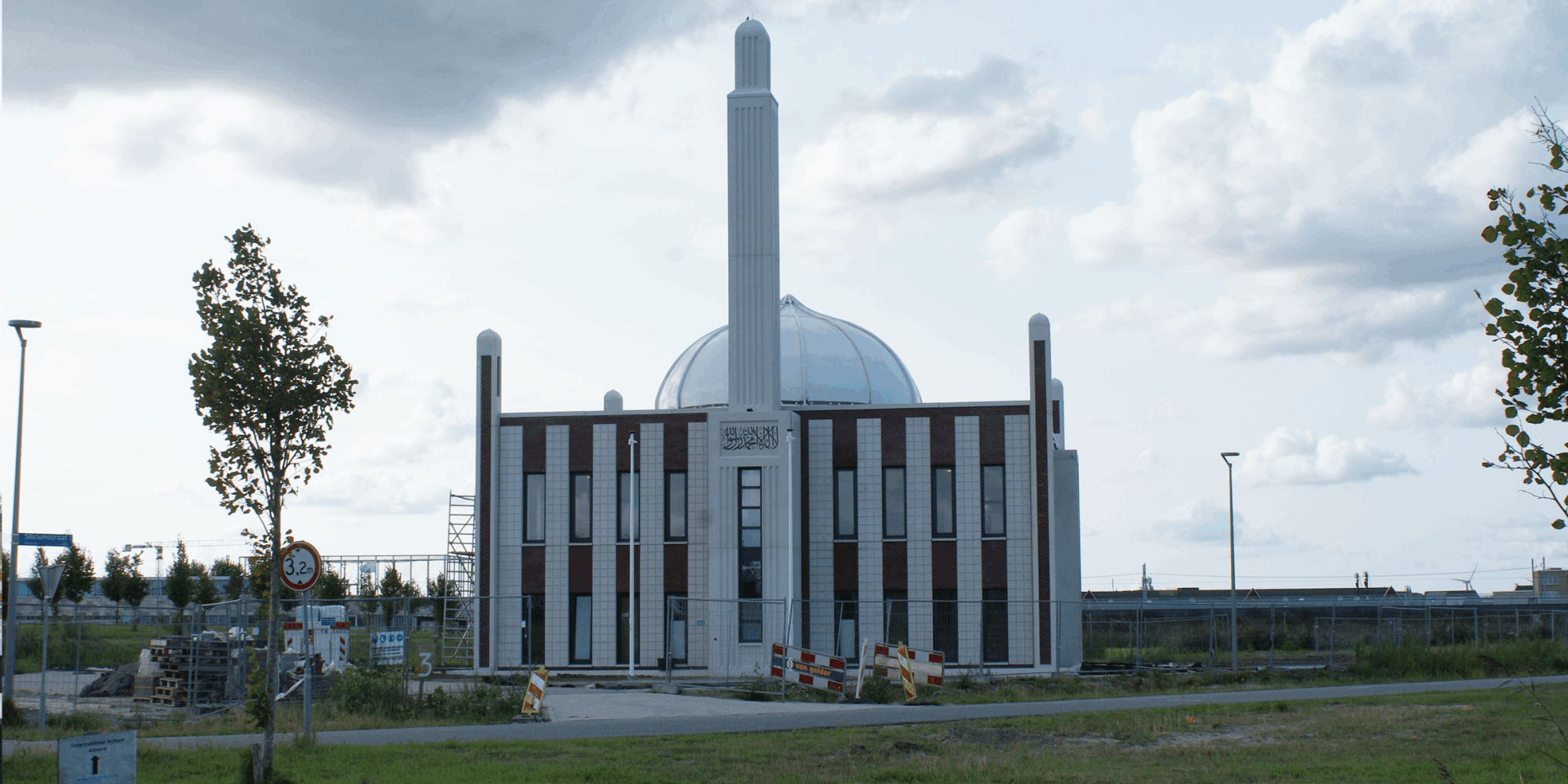 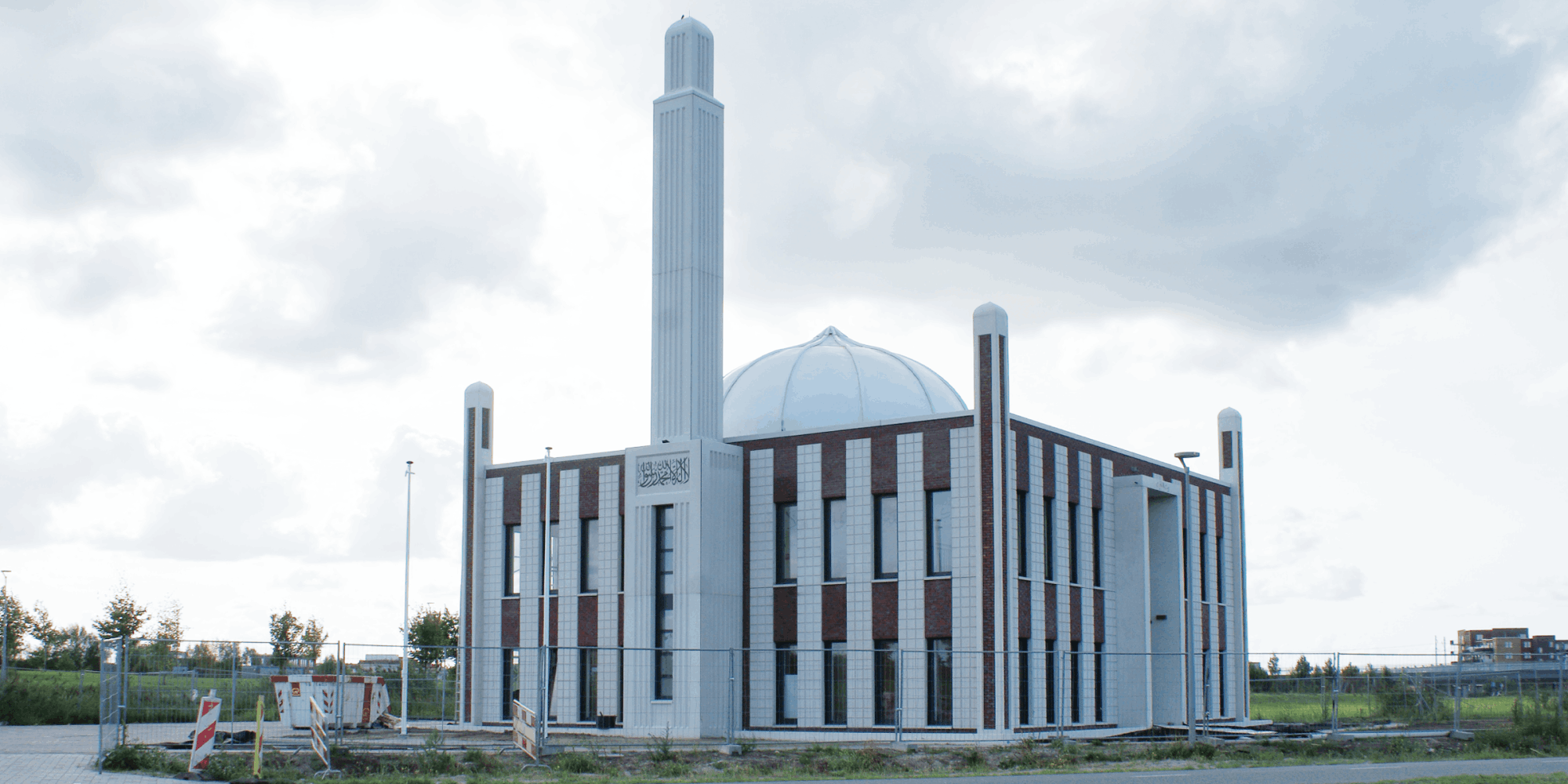 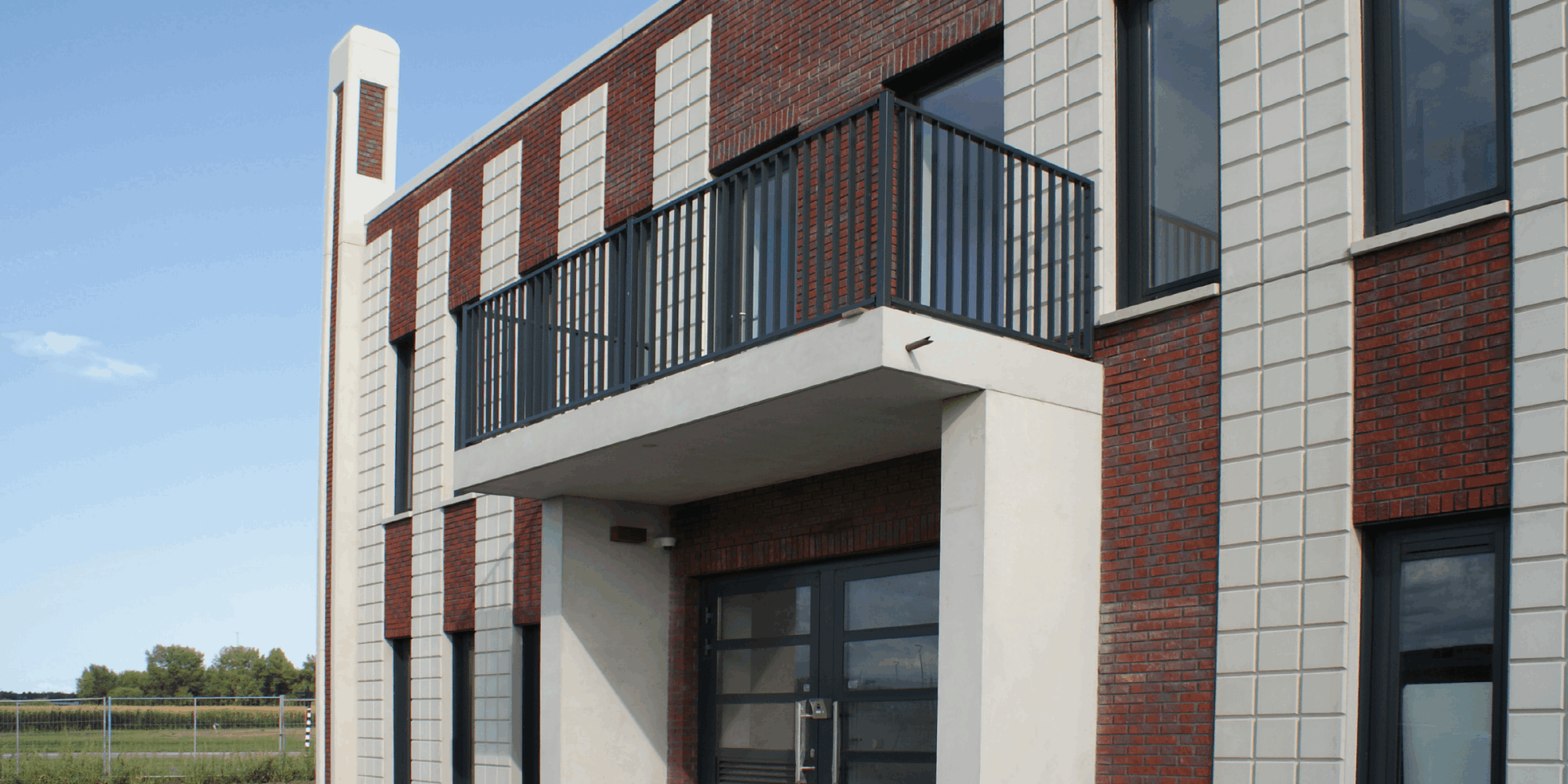 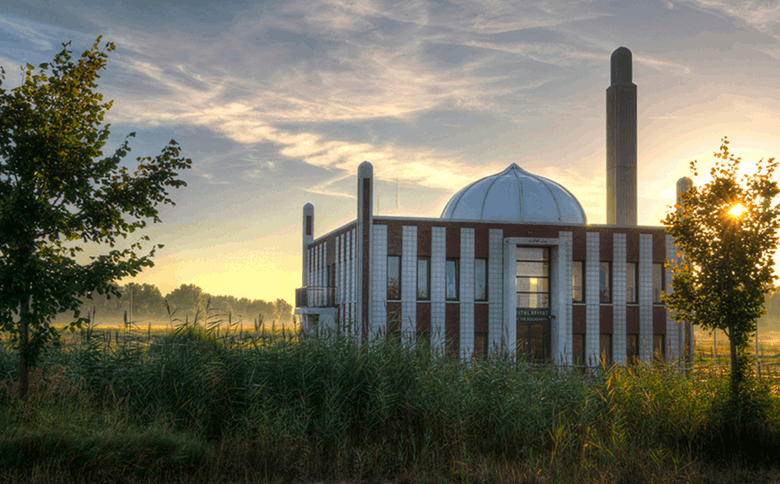 In cooperation with the municipality of Almere and the Dutch Ahmadiyya Muslim Djamaat, the initiative has been taken to build a new mosque for the local Ahmadiyya Community.

The mosque’s design combines the common Dutch brick architecture with elements of Islamic origin. The smooth white concrete minarets and dome contrast the rough dark red brick. The façade is a unison of two contrasts.

The interior has a deliberate simple and straightforward layout and design. The ground fl or is used for secondary functions (office, kitchen, meeting hall) and the second floor is primarily the prayer hall.